↓ Skip to Main Content
Home › We are very proud of what we do and we have a unique model of working. › The Team 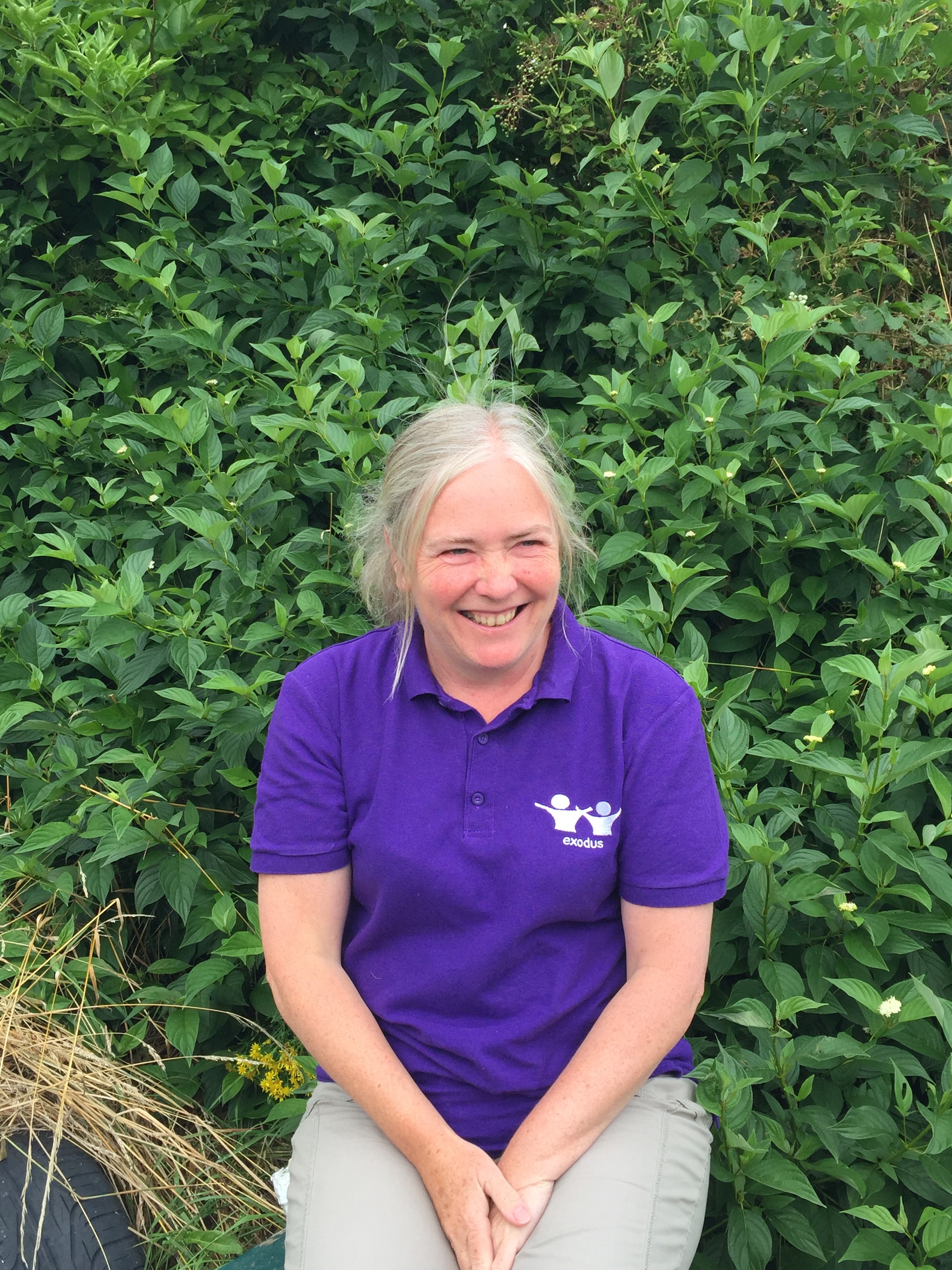 Jackie is the Project Manager and co-founder of The Exodus Project. She manages the day to day running of activities. Jackie also tries to visit all the clubs to get to know the children for when they come to stop at Jenny's Field.
Being Project Manager, Jackie has to be a 'Jack Of All Trades' and on many a weekend she has to cook for over 30 hungry children and leaders, do the gardening, cleans the building, as well as day-to-day managing the charity and leading in clubs.
For relaxation, Jackie loves country walks, gardening, reading, watching detective films (especially Agatha Christie), likes many sports and has just recently started running (still at the run a bit, walk a bit stage!). 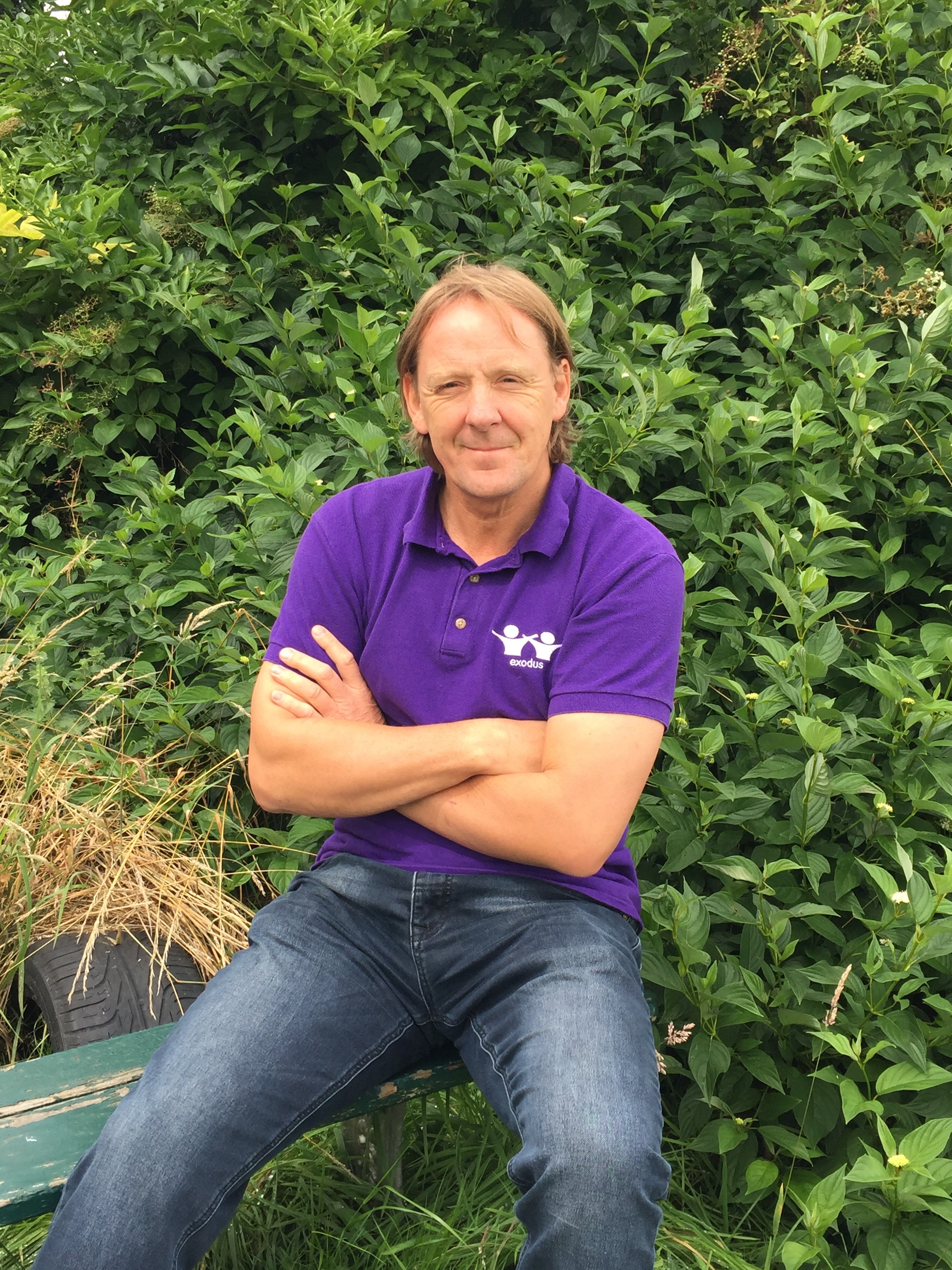 Martin is our Development Manager and Co-Founder of the Exodus Project. As well as helping run the clubs in all the venues and leading activity weekends, it's Martin's job to get funding in to make it all possible….hence the worry lines!
Martin is keen on pretty much all sports and can still compete with the young 'uns', even though he's just passed his half century! Don't argue with him about evidence for the existence of God because he'll win….there's a challenge!
Martin is a big fan of the Scottish band The Proclaimers, Kate Rusby and Stephen Fry. He plays guitar (badly), piano (even worse) and runs not very long distances these days, to keep fit. He also takes Walter (the camp dog) on long walks. 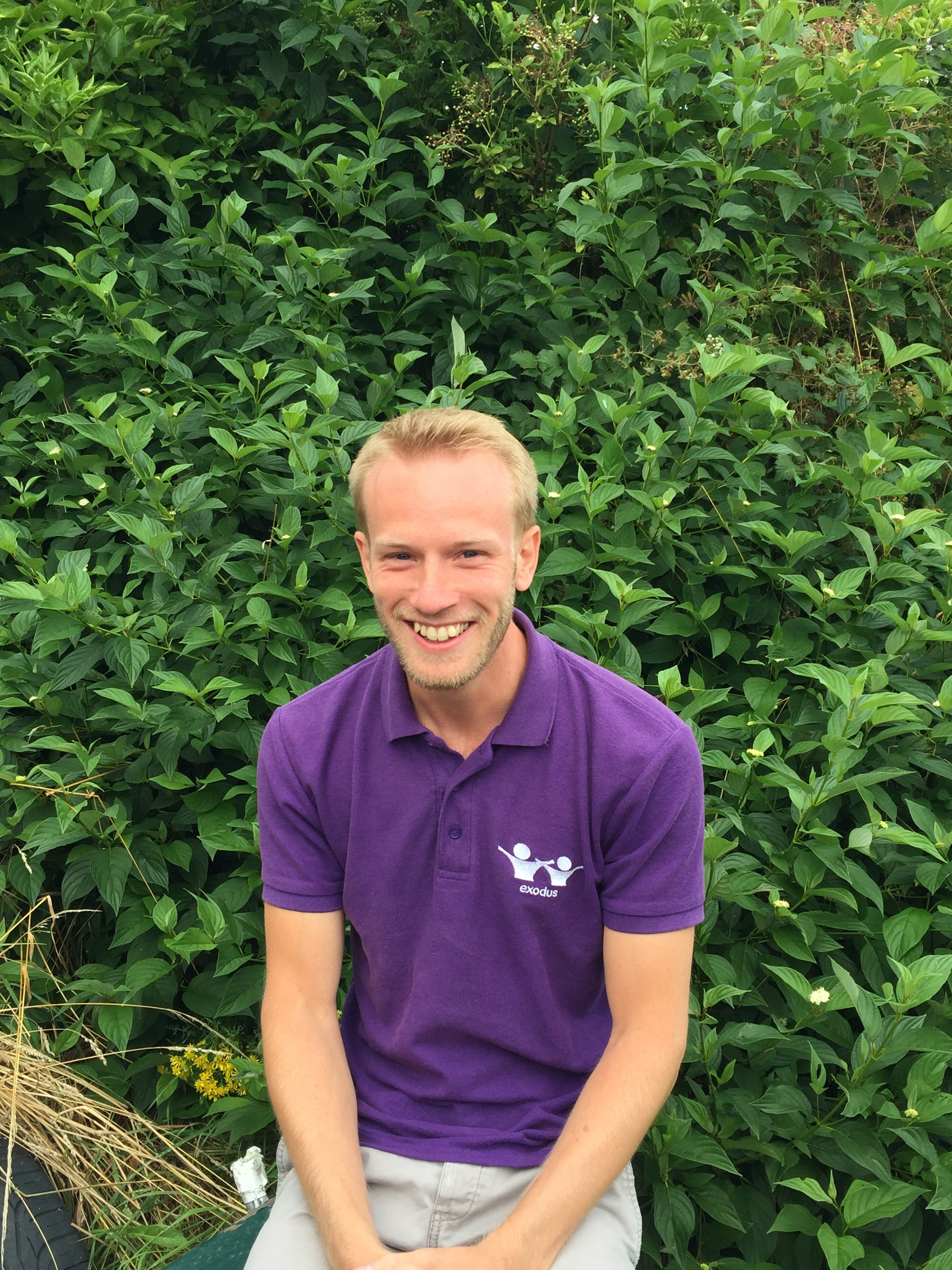 Jack started volunteering for Exodus in October 2010 then began paid employment with The Exodus Project in November 2010 as an Assistant Volunteer Coordinator and then quickly moved up and became one of our Volunteer Coordinators. In 2019 Jack got promoted to Assistant Project Manager. He leads clubs in Bank End, Darfield, Staincross, Worsbrough Common and Town.

In his spare time Jack enjoys doing extreme sports, such as his most enjoyed activity of Sky Diving from 15,000ft! He enjoys playing squash, but doesn't get to play as often any more. Jack has recently taken an interest in gardening, although he still has a lot to learn as some plants still get mistaken for weeds and end up in the compost bin. 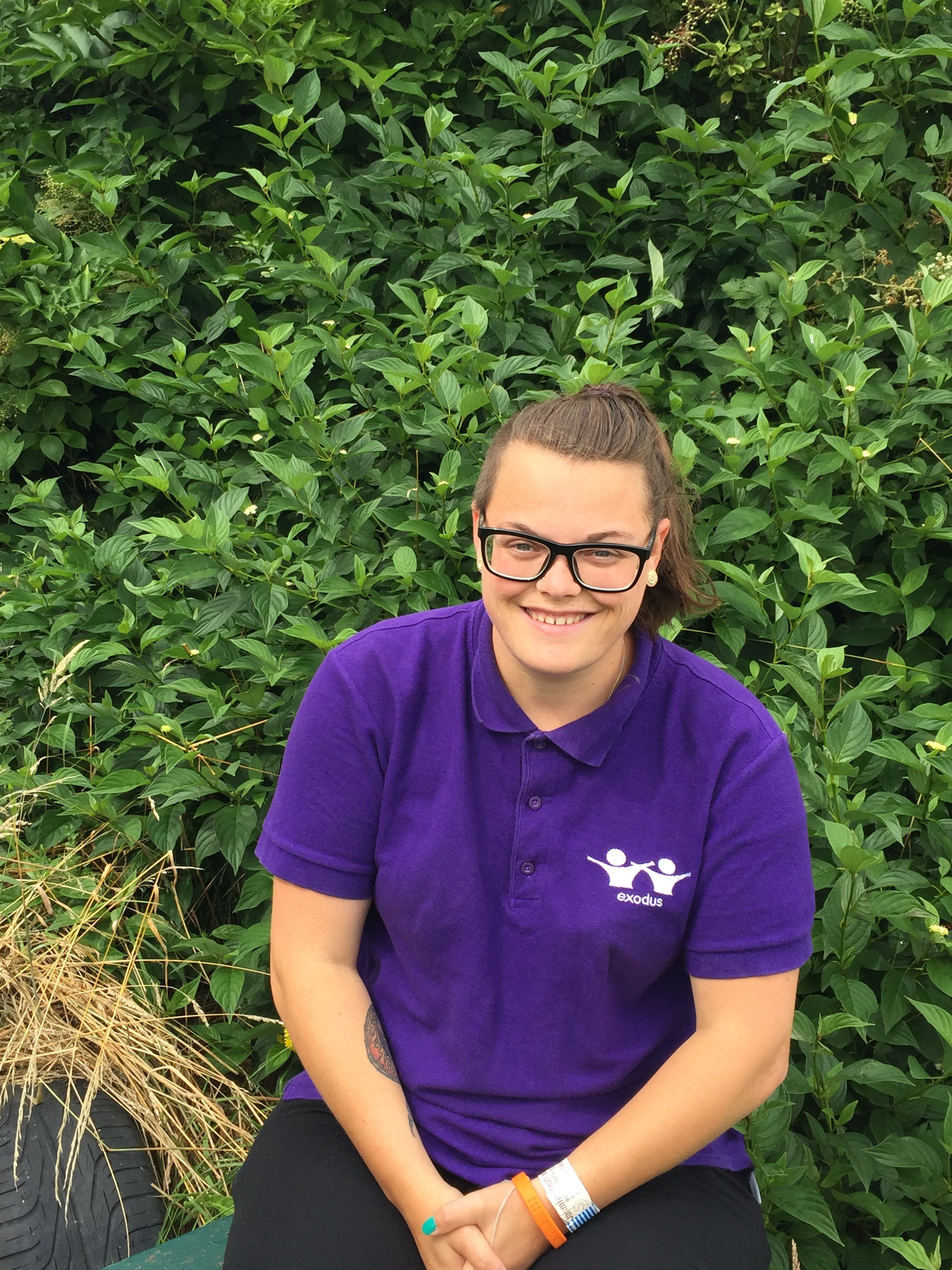 In her spare time she enjoys watching films, playing guitar and working! 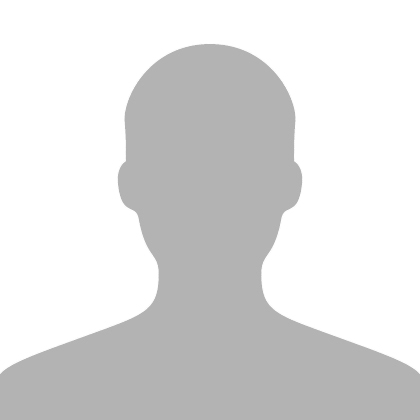 Phil is the Shop Manager for our newest charity shop in Barnsley Town Centre. Phil works full time with our volunteers making sure the town shop is fully stocked and able to keep raising money to help towards the work we do with children and young people.

Phil started with us in March 2022 and has been a great asset to the team, building relationships with customers and increasing sales in the shop. 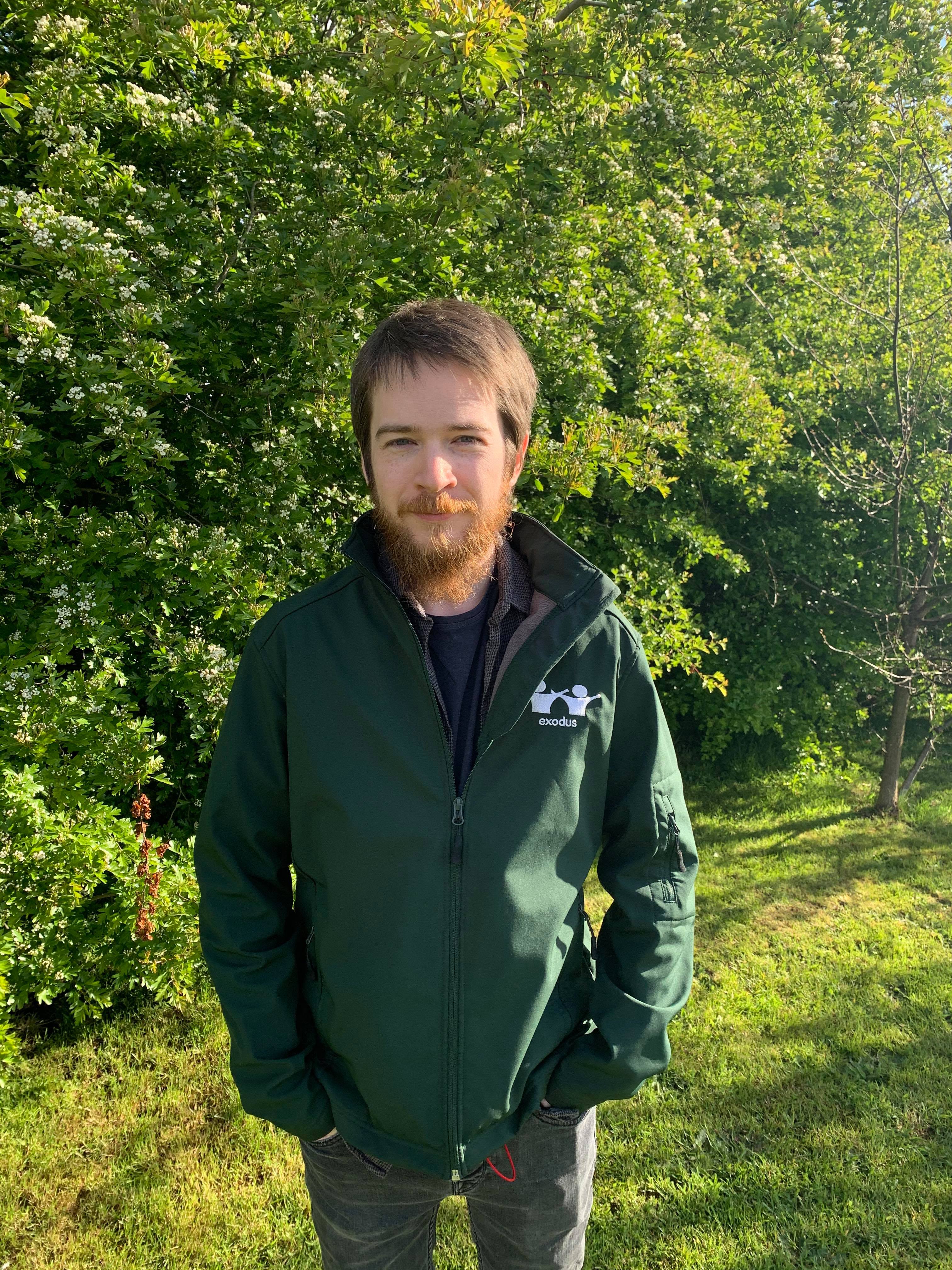 Tom is the Assistant Shop Manager for our oldest shop in Cudworth, he works opposite shifts to Flo who also helps Manage the shop. They both work alongside our volunteers ensuring we keep making enough money to help towards the activities we do with the children and young people. 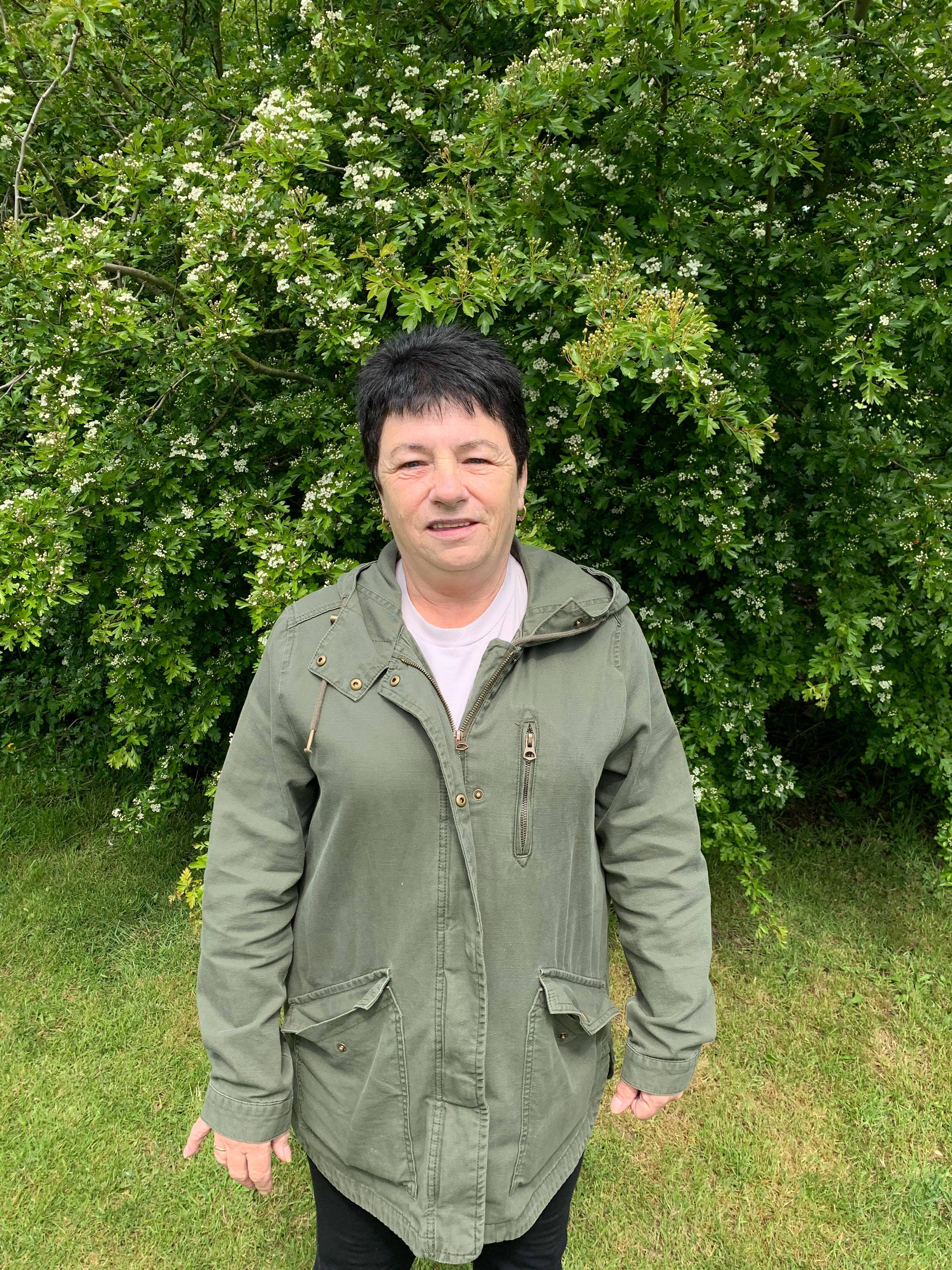 Flo is the Assistant Shop Manager for our oldest shop in Cudworth, she works opposite shifts to Tom who also helps Manage the shop. They both work alongside our volunteers ensuring we keep making enough money to help towards the activities we do with the children and young people. 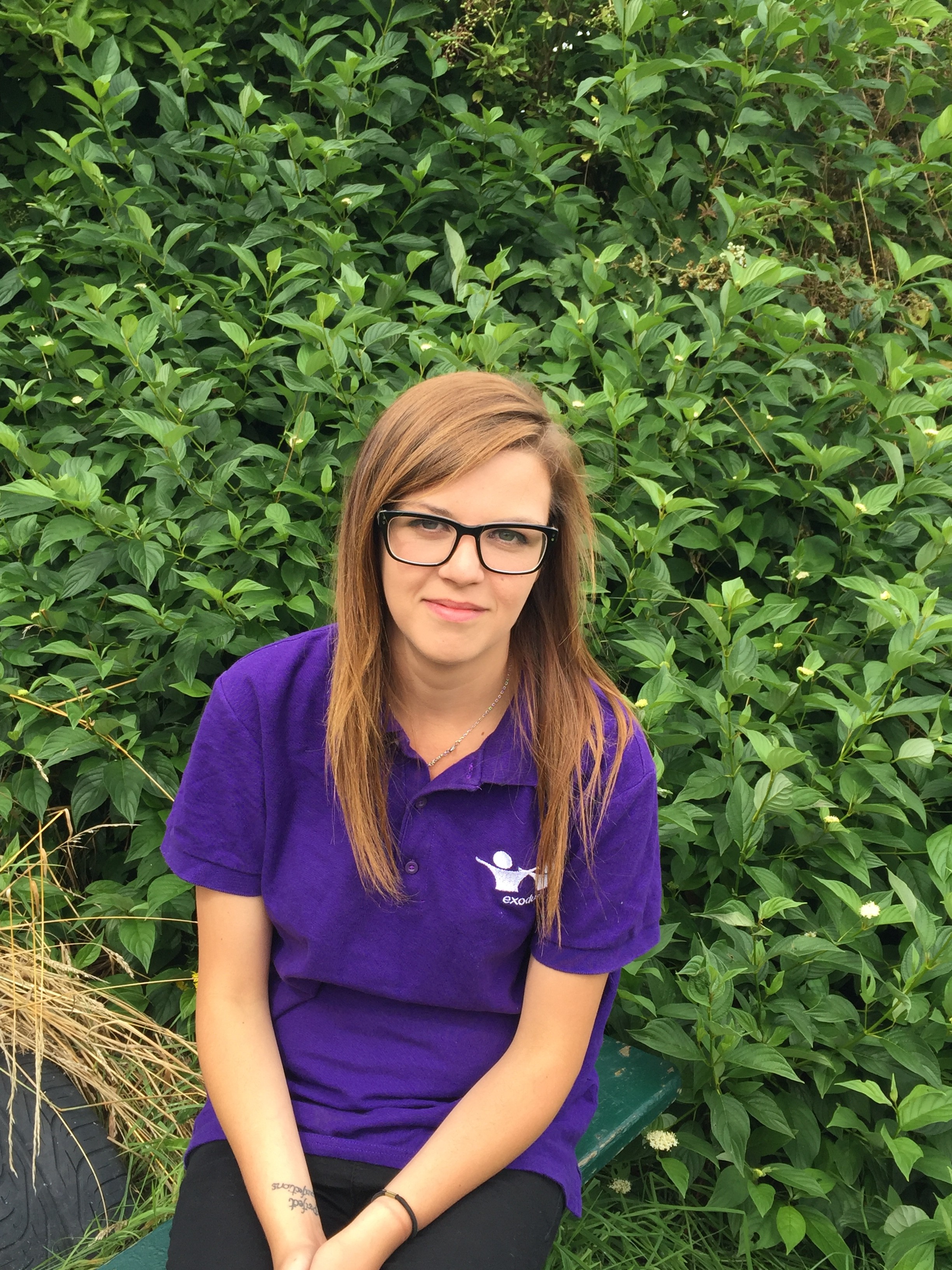 Sam started as a volunteer at The Exodus Project; volunteering in clubs and even helping prepare equipment and materials for clubs themselves. This work did not go unappreciated and Sam was employed to do those roles as part of an apprenticeship, assisting in various clubs. Once Sam had finished her apprenticeship with us she stayed on as an Assistant Project Worker and continued her hard work in Worsbrough Common, Darfield and Town clubs. 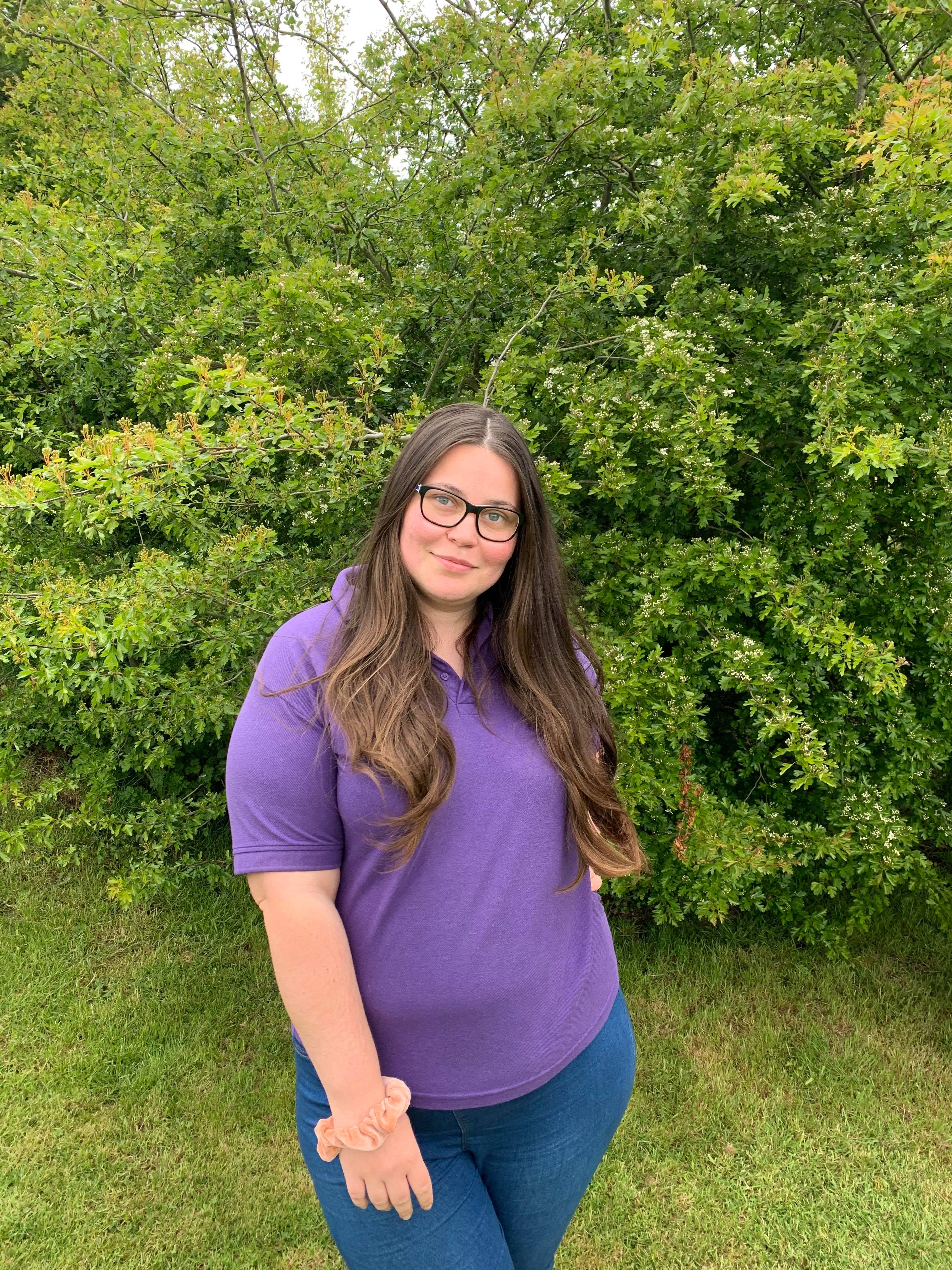 Janet started with us in December 2019 and works alongside volunteers and other staff members in our Staincross, Bank End and Brierley clubs.

Janet has a keen insterest in crafting and brings her creative skills to the activities we do.

James started with us in January 2021, along with Simon he has played an important part in ensuring our deliveries and collections for the charity shop have been done in a safe and effiecient manner. James used to be a trustee for Exodus and still volunteers his time after work helping in our after school clubs. 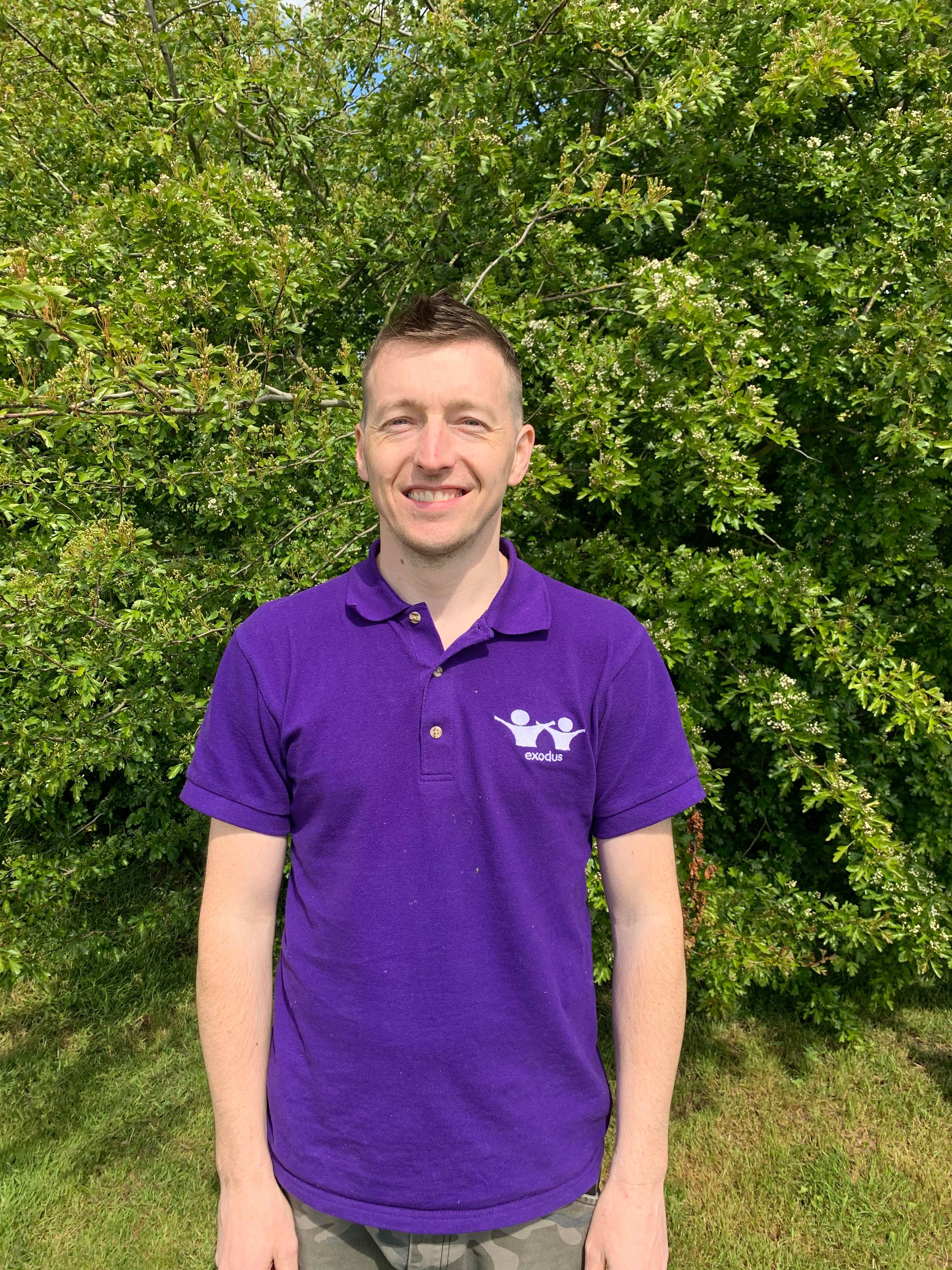 Simon is one of our newest members of staff, starting with us in April 2021. Simon works on our van with James, collecting and delivering items for our shops ensuring our supporters get excellent customer service. As well as doing the lifting and carrying for the charity, Simon also helps out in the shop sorting and preparing items for sale.

Simon also provides extra cover when needed to drive for our clubs. 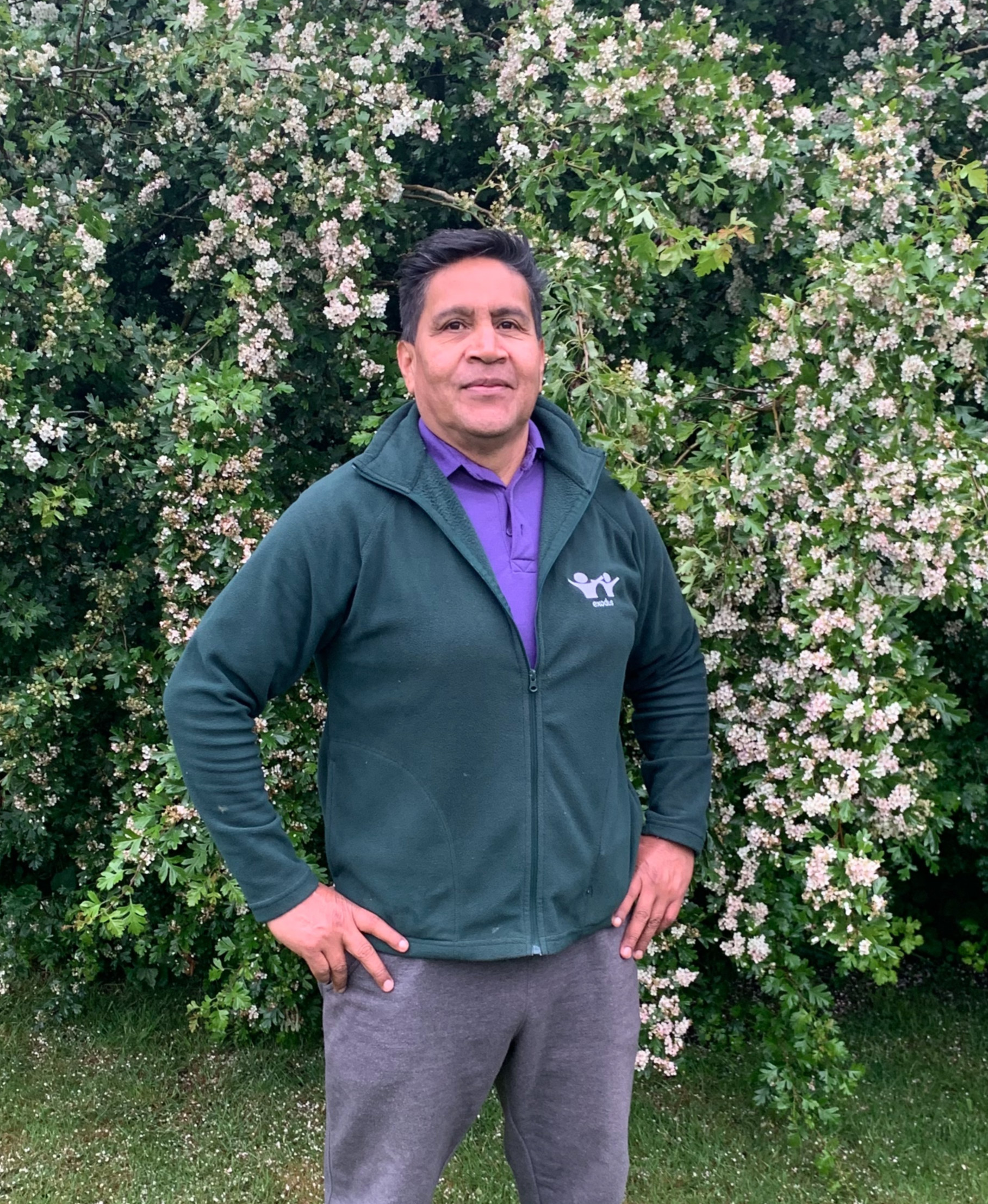 Balthazar started with us as a volunteer, helping in our charity shop. In April 2022 we were able to give Balthazar paid employment with the charity. His regular week involves helping James and Simon on the van collecting and delivering furniture. He also continues to spend an afternoon in the shop repairing and preparing furniture for sale. 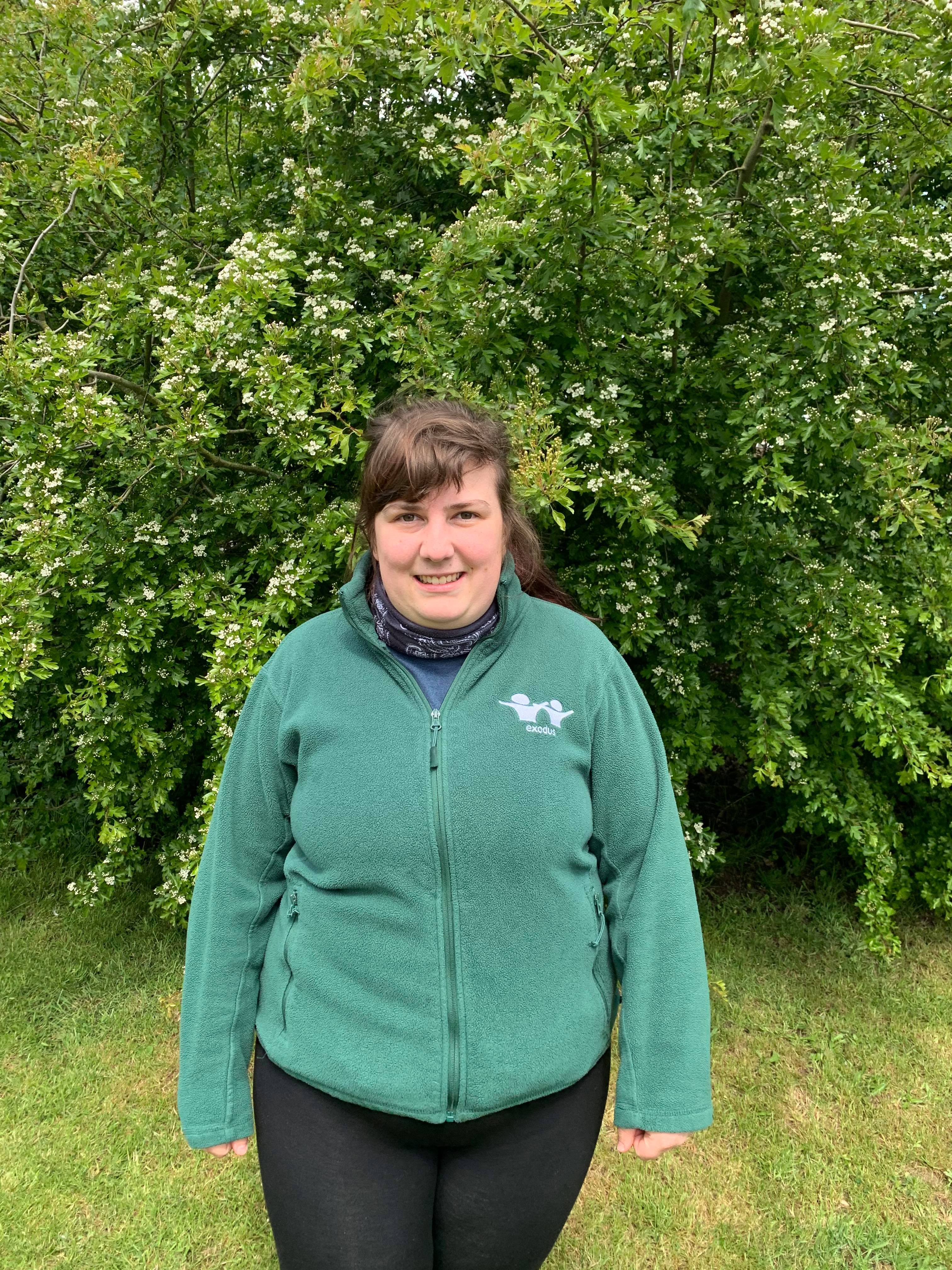 Niamh makes sure that both shops and Jenny's Field are clean and tidy ready for our customers, volunteers and service users. Niamh also works regular in our Town shop helping Phil and the team create sales and help customers. Niamh covers our Cudworth shop when staff are off and helps in our clubs and camps 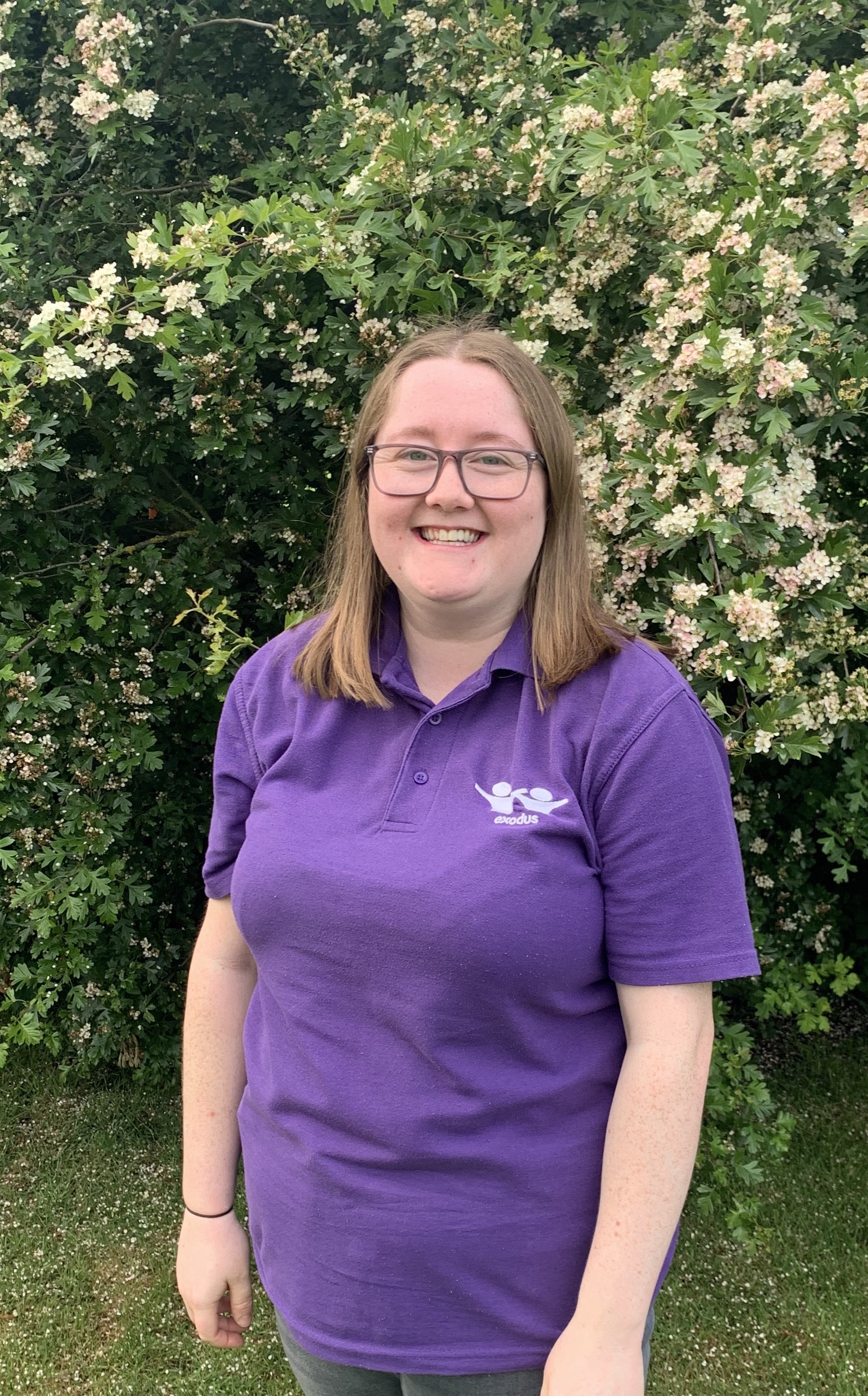 Danielle joined Exodus as a volunteer in 2019, and over the years has given many hours of her time to us helping in our shops, clubs and on camps.

In April 2022, Danielle gained paid employment with Exodus as a Support Worker. Danielle helps in clubs, camps and in our shops. 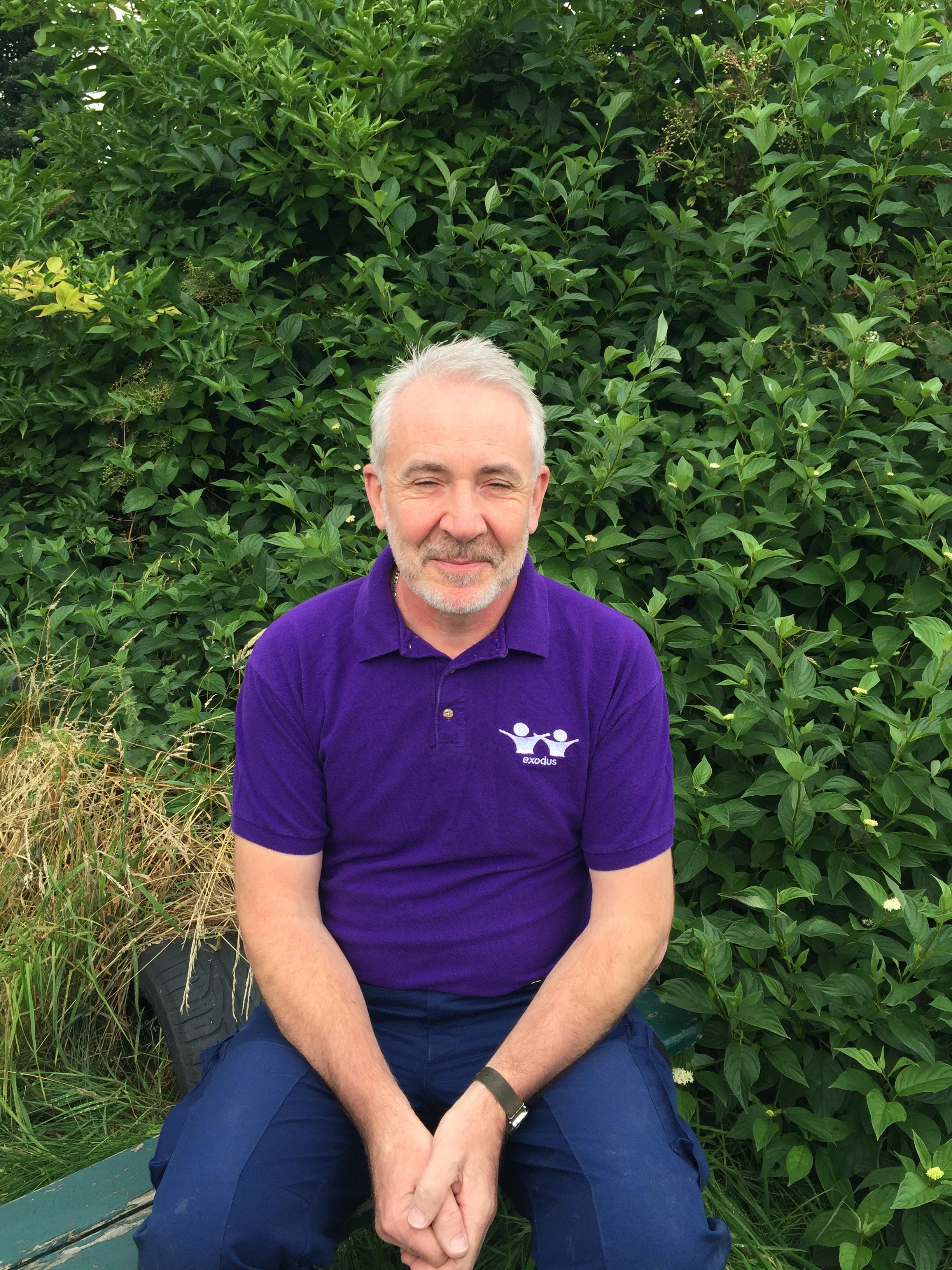 Haydn works at our Activity Centre, Jenny's Field. He keeps the grounds maintained for our activities and is the go-to man for any problems regarding maintenance and upkeep of the building.